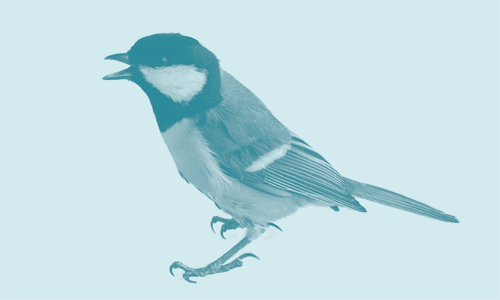 Imagine a British beach on a brisk day. There’s a cold wind, white tide, salty sea air. It’s clear, pure and restorative. But for every calming walk on the beach there’s always a moment when the cloying, sticky smell of abandoned litter smacks you in the face. We have a linguistic equivalent for that: it’s called jargon.

Jargon always serves me that strange cocktail of panic and fatigue. I spent last night squinting desperately at my phone contract, trying to work out if they’re allowed to hike my bill up for no reason (they are). The letter I got was an uncompromising, defensive little note about ‘tri-band capacity inflation’. What’s that? No idea. I could only think of Violet Beauregarde in Willy Wonka manically inflating to the size of a giant blueberry. A kind word or a clear explanation and they could have dodged the confused outrage which hit their customer service forums. We communicate with somebody to make a connection, not to alienate them with technical terms.

But here’s the twist. I thought a word so associated with corporate speak would be a new member of our lexicon, but the word jargon was used in Old French to describe the warbling of birds. How did birdsong evolve into phrases like ‘scalability levels’?

The answer is surprisingly logical. Jargon derived from Latin ‘garrire’, to babble, which naturally evoked the chattering of birds. This stem also formed English words like ‘gargle’ and ‘gurgle’ and jargon was used in the 14th century to mean gibberish, jabbering or a general cacophony of nonsense. Ironically, terms we often think of as efficient and businesslike find their roots in discord and madness. The word’s evolution shows us that, to most people, jargon sounds no more lucid than animated bird-chatter (and far less pretty).

The problem is that jargon is becoming an involuntary mother tongue – or is the better phrase ‘verbal vulnerability to verbosity’? It pops up in the things we read or say, and clouds the world around us. We lose sight of what words really mean and disconnect from the core of conversations. George Orwell wrote about how the phrase ‘elimination of unreliable elements’ was used to describe shooting people in the back of the neck. Language shouldn’t mask reality, it should help us see it clearly.

The remedy? Let’s go back to the word’s roots in birdsong. Shelley’s poem To A Skylark describes birdsong as ‘a crystal stream’ of notes. He imagines a pure and resonant melody, which everyone can follow. We should direct the rhythm and fabric of speech towards people, so that people can appreciate and understand it. Let’s mute the corporate cacophony and talk to each other with energy, intimacy and clarity. This is what we do at Quietroom. We help brands transform the way they communicate and tell a story that everyone can relate to. We help brands to be bold and birdlike.

Our brilliant intern in 2013, Libby Brown, wrote this blog.