Being more human to Mr Human 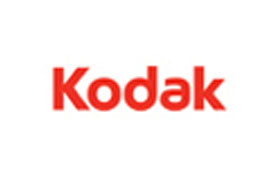 This customer service letter, that United Airlines sent recently to Fox TV’s Chris Chmura, has been widely mocked on social media and newspaper sites, because it refers to ‘Mr Human’. Clearly someone in Customer Care forgot to fill in the template letter properly.

But even if they’d included the customer’s name, this would still be a terrible letter. Here’s four reasons why:

It doesn’t reflect the customer’s language

We don’t know what Mr Chmura said in his original letter, but I’m pretty sure he didn’t talk about having “a negative impression” or wanting to give “feedback” or show his “patience”. Instead of making five guesses at what he might have said, this template should allow the writer to truly reflect what the customer actually said.

Through computer-generated attempts to sound friendly, the letter ends up sounding completely insincere and even patronising. Rather than waffling like this, the letter should focus on providing empathy, explanation and action – I’m sorry it happened, this is why, and this is what we’re doing about it.

It uses business speak instead of words that resonate

To make a connection, this letter needs to sound like it comes from a person. So it should say things like “I’m sorry”, “make sure we learn from this mistake” and “thank you”. Instead, it says “extend a sincere apology”, “documented for internal action” and “in appreciation for”. Nobody really speaks like that.

It’s got lots of passive voice

Because of the passive sentence structure, we don’t know WHO created a negative impression, WHO documented the concerns or WHO is going to send an email. The passive voice puts the ‘do-er’ last in the sentence order, or misses them out completely. As a result, it helps large organisations avoid responsibility. Even when they don’t need to.

I’m not going to rewrite the letter here, because I don’t have Mr Chmura’s original complaint. Every letter like this should start from what the customer actually says. But even if you have to use a template, there are several language techniques that will make it feel more genuine, and so be more likely to satisfy your customer:

Meanwhile, here are some of the ways we’ve helped businesses with their customer relations.