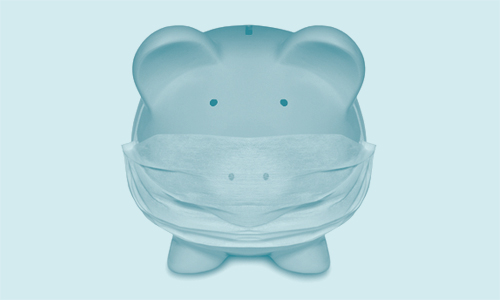 There seem to be Man Dictionary posters everywhere this January. When one first caught my eye, ‘Manicure – a fully loaded fry up the morning after a heavy night,’ I scanned and discarded what looked like just another ‘lad-banter’ style advert.

A trudge down the pavement brought me to my second encounter with the Man Dictionary. This time it was ‘Mantip – the strategic disposal of a drink when you’re struggling to keep up with your mates.’ That didn’t fit with the last poster’s brand of humour. It’s not so macho to talk about struggling under the pressure to finish your pint.

The Man Dictionary is CALM’s (Campaign Against Living Miserably) newest campaign. CALM is a charity that works to lower male suicide rates in the UK. The Man Dictionary explores how the pressure to be ‘manly’ makes it taboo for men to acknowledge vulnerability. The taboo makes it difficult to discuss issues like depression and alcoholism.

Sometimes things are difficult to talk about because we don’t talk about them. We haven’t worn a path into the conversation, and when we get there we’re in unchartered territory. The Man Dictionary does (literally) give us a new vocabulary. But the point of the campaign is to provoke discussion.

On one level, the Man Dictionary simply catches your attention and points you towards CALM and the message that they’re promoting. We can have a laugh untangling the two words and talking about how we identify with the concept that’s being described.

The idea of using a comedy hook to draw people’s attention is also nothing new to the financial service sector. Like the issues surrounding male vulnerability, financial products don’t have a place in everyday conversation. They can be hard to understand and they don’t always have direct benefits. The topic isn’t quite taboo, but it isn’t ordinarily seen as interesting. In any case, it’s something we don’t talk about. Businesses selling difficult products like these can use humour to bring attention to their brand without needing to talk about the specifics of their product. It’s much simpler to infiltrate public consciousness with ‘the man from the Pru,’ or Paul Whitehouse tap dancing, than it is to get people talking seriously about a financial product.

But the Man Dictionary campaign doesn’t just bring your attention to CALM, it gets you talking. You can have a light encounter with ‘Optiurinal – the optimum urinal to use when entering a public toilet.’ It’s a funny idea that’s easy to understand and relate to. When you arrive at a term like ‘Propamanda – the catalogue of stereotypes aimed at making you a manly man, proper bloke, top lad,’ you can follow the same conversational path. You still have a nonsense word to deal with, although in this case its definition is more likely to make you think than make you laugh.

If they told you that ‘men are suffering under the pressure to conform to a catalogue of stereotypes,’ you’d have food for thought but no incentive to engage with the issue. CALM aren’t trying to change our minds by finding a new way to talk to us. They’re changing our minds by getting us to talk to each other.

The financial services industry could try a similar approach. They’re selling products that can end up being vital in our everyday lives, and yet we’re not talking about them. We need to find a way to provoke the discussion.

To find out more about the Campaign Against Living Miserably and the great work that they do, visit their website.