The best charity pitch I ever heard 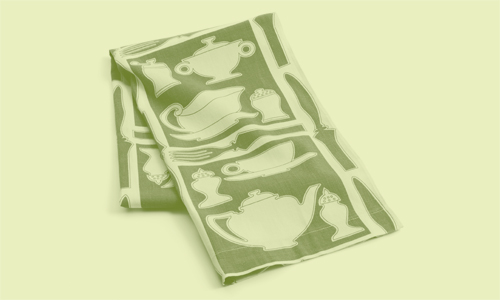 On Sunday a man with a charity bucket told me about a cause I’d never heard of. And when he was done talking, I emptied my wallet into the bucket. The cause was noble. It was also the best charity pitch I’ve ever heard.

I was at a gig by a singer-songwriter I admire, David Ford. David’s an ambassador for a medical charity called Reverse Rett. You need to know two things: firstly, that Rett Syndrome is a condition so cruel that you’d think only a Bond villain or a sadistic god could dream it up. And secondly, that as well as CDs and t-shirts, David Ford sells a tea towel printed with the words ‘Wash up, you miserable fuck’, an in-joke on one of his songs.

Halfway into the gig, David talked from the stage about Rett Syndrome and the brilliant work that Reverse Rett is doing. Full disclosure: I’m paraphrasing massively here:

‘You might have seen my friend Brendan at the back of the room selling CDs as well as the now annoyingly popular ‘Wash up you miserable fuck’ tea towel, which might be more popular than any record I’ve ever made. I say this not because I want you to buy my CDs – the songs I’ve sung tonight should’ve made my feelings about unchecked capitalism pretty clear – but because next to Brendan there’s a bucket where you can give money to Reverse Rett, which is a charity that’s working to speed treatments and a cure for Rett Syndrome.

Rett Syndrome is a rare neurological disease. Children with Rett Syndome are born totally normal. They’re fine until they’re about a year old, when their bodies start to fail. It could be their arms that stop working first, or their legs. But slowly their bodies shut down until they might not be able to even breathe and need to be plugged into a machine that breathes for them. Their minds are fine, but they’re locked in this body. It’s one of the worst fates that could befall someone, and it’s a nightmare for them and their families.

But it looks like there could be a cure for Rett Syndrome, not just within our lifetime, but in the very near future.

There are so many important ways we can ‘save the world’.

We can get this one over the line.

So buy the damned tea towel if you want to, then put your change in the bucket.’

Judging from the bucket at the end of the night, this was a really effective pitch. But why?

It starts light, with a self-effacing joke about tea towels. It takes a condition you’ve probably never heard of and makes it absolutely vivid, so you know why it matters and who you’d be helping. And most importantly, it shrinks the change, and scripts the critical moves.

‘Shrinking the change’ and ‘scripting the critical moves’ are ideas from Quietroom favourites, the behavioural economists Chip and Dan Heath.

‘Shrinking the change’ works like this: when someone resists doing something that’s important, often it’s because they don’t know where to start. Change can feel scary and nebulous, so one of the best things you can do is make the change smaller until it’s no longer scary. In day-to-day life, ‘shrinking the change’ could make the difference between stressing for months about ‘getting fit’ and agreeing with yourself to ‘go running tomorrow for 10 minutes’. Here it means taking a complex cause and boiling it down to one idea: walk to this side of the room tonight and put money in the bucket.

‘Scripting the critical moves’ is about beating decision paralysis. It means setting out the important steps that will get to where you want to be, so you’ve got more energy and a clear path always set out when you’re too tired or stressed to think anew. Here it means spelling out exactly when and how much of your money to put in the charity bucket – ‘your change from buying the tea towel’.

You can learn more about Rett Syndrome at Reverse Rett’s website.