If it’s a social story, then it helps us solve problems 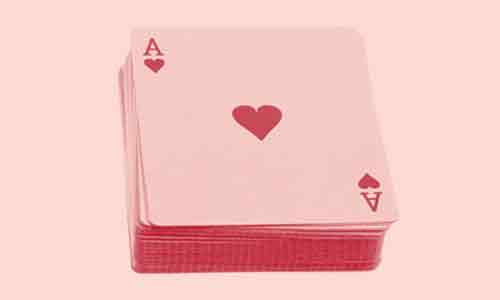 I recently came across something that everyone who doubts the power of stories for businesses should know about. It’s the Wason Selection Task. Other people have known about it for a lot longer than me. Peter Wason devised the task in 1966 and since then it’s become a classic psychology test, so I haven’t exactly been quick off the mark.

The logic problem
The task is a logic problem based around cards. You’re given four cards, each with a letter on one side and a number on the other. You’re also given a rule: if a card has a vowel on one side, then it has an even number on the other. Two of the cards have the letter facing up; the other two have the number facing up. You have to say which cards you need to turn over to see if the rule is true, keeping the number of turns to a minimum.

Simple, you’d think. Only it isn’t. In Wason’s original research less than 10% of people got it right. In other versions, the percentage has been higher, but still only about 25%.

I tried the task. I got it right, but I was determined. And my brain was steamy from all the thinking I’d made it do. And even then, when I made my choice, I wasn’t absolutely sure I’d interpreted the question properly.

The social twist
Interesting enough, I thought, but not that remarkable. The publishing industry wouldn’t be churning out puzzle books if these things were easy. But then I saw Wason had added a neat twist. He asked people to imagine that they are serving in a bar and that the law says everyone drinking alcohol has to be over 20 years old. The four cards in front of you now have information about your customers. One side of each card tells you what the person is drinking. The other side tells you their age. Which cards do you need to turn over to see who is breaking the law, keeping the number of turns to a minimum?

This time 75% of people got the right answer.

Amazing. Essentially this is the same problem, but by putting it in a social context, Wason had turned confused no-hopers into adequate thinkers. By giving us a social story, he’d unlocked the barriers to our reasoning. In my own case, he’d clarified the question, turning the task into a doddle.

The power of stories
Ever since Wason’s findings were first published, psychologists have been debating why this might be. I can’t say. But his work does reinforce my belief in the power of stories to help us solve problems. Imagine how they can help politicians, economists and campaigners get their message across. Imagine how they can help businesses that are trying to explain tricky abstract ideas. And given this power, why do we think of stories as trivial compared with logic? Why don’t we give them equal status?

Try the task yourself. Of course, now I’ve given away the secret to solving the first task, you might have to try it on someone who doesn’t know what’s going on to see the full effect.