Tay Tay takes a chunk out of Apple 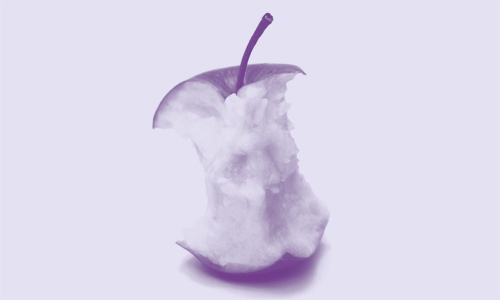 Taylor Swift recently persuaded Apple to pay artists, writers and producers during the three-month period people are trialling their new streaming service for free. I thought I’d have a look at how she pulled it off.

She’s not just the perfect pop star. She might even be the perfect human being. She’s talented, she’s beautiful, she’s intelligent, she’s funny. She’s got it all. So much so, that I can’t quite believe she wasn’t made in a lab by the government, or rescued as a baby from the wreckage of a UFO.

I believe we are lucky to be living in the age of Taylor Swift, Katy Perry and Beyoncé. I believe we will be talking about these women in fifty years in the way we talk about Madonna or Gloria Estefan now.

Full disclosure #2: I am an independent musician who stands to benefit personally from Taylor’s intervention in the pop economy

As well as being Quietroom’s Strategy Director, I’m a singer-songwriter who’s sung in the Albert Hall, recorded at Abbey Road, and once supported Cannon and Ball in a working men’s club in South Wales. Despite this glittering CV, I have on occasion struggled to make ends meet musically. At times, my ends have barely been on speaking terms. They Skyped, they used to pen pal back when that was a thing, but getting them in a room together has often been hard work.

I have spent a small fortune over the years on making music and one of the ways I earn that money back is through iTunes downloads and Spotify streams. So I have my own axe to grind.

For these reasons, if you’re looking for an impartial appraisal of Taylor Swift’s rhetorical skills, then you’re barking up the wrong blog.

If you want a gushing, fawning fanboy’s rant about how awesome she is, then carry on barking, because I will be throwing bones and squeakies like it’s going out of fashion.

So how exactly did Taylor achieve the unachievable and convince Apple that music was worth paying for?

Let’s have a look.

She starts by being direct and to the point, giving us the punchline in the first sentence.

I write this to explain why I’ll be holding back my album, 1989, from the new streaming service, Apple Music.

Journalists get taught this trick on day 1 – the inverted pyramid principle front-loads essential information so people can read your opening and get the gist of your story. If people stop there, they already know a lot. If they want more, then they can read on to get the detail.

Next, she flatters them, in a way that probably made them blush.

I feel this deserves an explanation because Apple has been and will continue to be one of my best partners in selling music and creating ways for me to connect with my fans. I respect the company and the truly ingenious minds that have created a legacy based on innovation and pushing the right boundaries.

This is smart too. Starting off on an adversarial, confrontational footing might make you feel tough, but it also makes you easier to ignore.

I’m sure you are aware that Apple Music will be offering a free 3 month trial to anyone who signs up for the service. I’m not sure you know that Apple Music will not be paying writers, producers, or artists for those three months. I find it to be shocking, disappointing, and completely unlike this historically progressive and generous company.

Which telling off hit you hardest – the one from the angry teacher, or the disappointed one? Taylor expected better from you, progressive and generous Apple. You can imagine them reading it, and actually deflating.

This is not about me. Thankfully I am on my fifth album and can support myself, my band, crew, and entire management team by playing live shows. This is about the new artist or band that has just released their first single and will not be paid for its success. This is about the young songwriter who just got his or her first cut and thought that the royalties from that would get them out of debt. This is about the producer who works tirelessly to innovate and create, just like the innovators and creators at Apple are pioneering in their field…but will not get paid for a quarter of a year’s worth of plays on his or her songs.

This is the killer paragraph.

She begins by subtly showing us that she has mouths to feed – which makes it much harder to dismiss her arguments as the whingeing of a rich kid (or indeed, the whinging, depending on which spelling you prefer).

She then does what all great communicators do all the time – she climbs down the ladder of abstraction. The ladder of abstraction is a cognitive model that describes the relationship between abstract ideas and concrete specifics. If Taylor stayed at the top, talking about the plight of the struggling artist and the principle that they should be paid for the art they create, then she’d stay abstract, and her argument would be harder to latch on to. But she climbs down, talking about bands releasing their single, young songwriters getting their first cut, producers innovating. With each example, her argument becomes more concrete and therefore more persuasive.

Just when I thought I’d reached peak crush, she has a go at a bit of framing. The science of framing tells us that the way we present information shapes how people react to it. It’s the reason why some people talk about the bedroom tax, while others prefer the spare room subsidy. What Taylor does is call three months a ‘quarter of a year’, which makes it sound bigger. Playing with the units like this is classic framing, and it works.

Because she’s Taylor Swift and she’s awesome, she then climbs up the ladder of abstraction again, zooming out to look at the big picture.

These are not the complaints of a spoiled, petulant child. These are the echoed sentiments of every artist, writer and producer in my social circles who are afraid to speak up publicly because we admire and respect Apple so much. We simply do not respect this particular call.

Having earlier channelled the disappointed teacher, she’s now playing the nurturing parent, by criticising the behaviour not the child. Note also, that in Taylor’s argument, artists, writers and producers aren’t scared of Apple because they’re a gigantic globe-spanning mega-corporation, but because they admire and respect them so much. Flattery, once again, gets you everywhere.

Finally, check out Taylor’s parallel structure. OK, that came out sounding sleazier than I wanted. I’m old enough to be her dad, for heaven’s sake. What I mean is – it’s rhetorically pleasing when she mirrors ideas like ‘complaints’ and ‘sentiments’, like respecting Apple but not ‘this particular call’. It’s persuasive, and a sign that her writing’s underpinned by some clear thinking.

Let’s jump ahead to her final paragraph. It’s a beauty.

… I say to Apple with all due respect, it’s not too late to change this policy and change the minds of those in the music industry who will be deeply and gravely affected by this.

I love ‘It’s not too late to change’. It feels like an appeal to Apple’s better nature, rather than a demand. And I love her closing one-two:

We don’t ask you for free iPhones. Please don’t ask us to provide you with our music for no compensation.

This is more parallel structure (‘We don’t’/’Please don’t’). It forces Apple to make a mental comparison between a product they want to sell, and the work musicians would like to sell. It’s also a great example of using variation in sentence length to create pace and impact. That short sentence really pops out of the page, especially as it follows lots of long ones.

So Taylor changed Apple’s mind with the persuasive power of language. Yes, it helped that she’s one of the world’s biggest selling acts and that Apple wants to make a margin on those streams and downloads. Yes, it helped that she has 1200 bazillion Twitter followers whose sentiment affects Apple’s share price. Yes, it helped that hers was not the only voice urging Apple to change course. But it’s also a clever, articulate piece of advocacy that people will write case studies about for years to come.