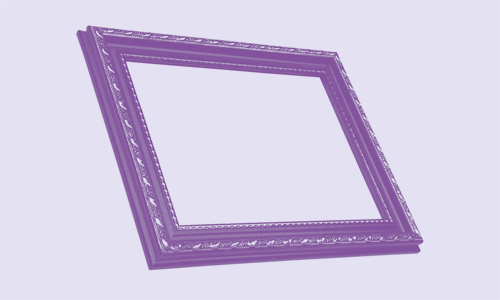 [et_social_share]
We first published this blogpost in May. This is an updated version, reflecting the Electoral Commission’s recommendation of a change to the EU referendum wording.

Both the initial and the new wording of the question for the EU referendum would influence people to vote to stay in the EU. This isn’t just a ‘feeling’. There’s good science behind this claim – the science of how people make decisions.

The referendum question is now going to be:

It was going to be:

Should the United Kingdom remain a member of the European Union?

So the ‘Yes’ campaign would have been pro-EU and the ‘No’ campaign anti.

Nigel Farage said this gift of a ‘Yes’ label showed that David Cameron had “already decided which way he wants the answer to be given”. The marvellously named Professor Qvortrup of the Centre for Policy Studies said it showed “the Bob the Builder philosophy… an attempt to be the positive campaign because nobody likes to be seen as negative”.

But being negative didn’t stop the Scottish No campaign’s victory last year. So is being the nay-sayer really a disadvantage? Behavioural theory – the science of how people make decisions – can help us to unpick the language of the new and old versions of the referendum question, and show that it was indeed weighted towards the pro-EU side, and to some extent still is.

‘Yes’ moves us towards pleasure AND away from pain

I blogged last year about how the Scottish Independence ‘No’ campaign had the advantage of tempting voters ‘away from pain’ – the pain of losing the advantages of being part of the UK. The ‘Yes’ campaign, on the other hand, offered the ‘pleasure’ of a brighter future. As people tend to put twice as much value on the prospect of a loss as the prospect of a gain (loss aversion), this was a big advantage to the ‘No’ campaign.

The anti-EU campaign will also talk up the ‘pleasure’ of a brighter future, but the Yes/No wording of the question would have worked against them. Even with the Yes/No idea removed in the new version, I expect the campaigns still to align themselves along Yes/No lines. After all, ‘Yes’ is a much more resonant word than ‘Remain’. So the antis may still be at a disadvantage here.

Because the EU referendum is about membership of something, the pro-EU campaign can move us both ‘away from pain’ and ‘towards pleasure’. The question asks if you want to stay a member. Being a member of something is nice, so voting to stay a member moves away from the pain of losing a nice thing, and moves towards the pleasure of keeping it. Some people are more motivated by seeking pleasure and some by avoiding pain. Either way, the pro-EU campaign has the advantage.

The new wording is still about membership, so the above still applies. But the effect might be offset to some extent by having two more balanced options: remain or leave.

‘Yes’ is about keeping what you already have

Like the Scottish referendum, the EU question takes advantage of the endowment effect. This states that people attach more value to something if they already own it. Because the question is framed around something we ‘own’ – our membership of the EU – we’re likely to think of it as being more valuable than we otherwise would.

This effect still applies to the new wording. To be more balanced, the ‘leave’ part of the question could talk about something else that we already have and don’t want to lose. Or something that we’ve lost (or feel we’ve lost) and would like to get back. That way, the vote is a choice between two ‘things’. What’s the other thing – our independence? Our sovereignty? No doubt Nigel Farage could come up with some suggestions…

Alternatively, the question might be more balanced if the explicit idea of membership was removed:

Two ideas are more balanced than one

By talking about remaining in the EU instead of leaving it, the initial wording helped to frame any further thinking you do on this subject in those terms. It anchors your thinking on the idea of remaining in the EU. As you look around for more information, you may succumb to the confirmation bias – where you tend to gather facts and views that support your initial idea, rather than facts and views that don’t.

The new wording addresses this point, by including a second idea: leaving the EU. This gives me two ideas to weigh up, rather than anchoring me on just one of them.

Of course, it’s not just about the question on the ballot paper

Hey, I’m not suggesting this referendum will be an easy win for the pro-EU campaign. Apart from anything else, this is a complicated issue, so voters will be influenced by social proof –what they think everyone else thinks. When people don’t know what to do, they assume that people around them have more knowledge, so they copy them. Politicians know that we’ll be looking for social proof of the ‘right’ way to vote. So stand by for some shouting.