Talking to teenagers about climate change 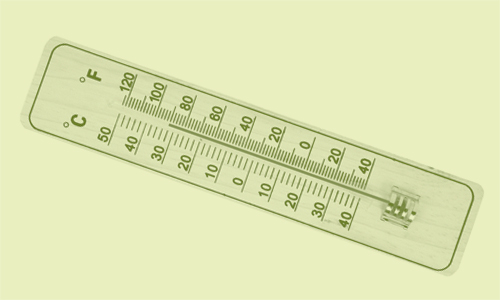 My name’s Jessie, I’m thirteen, and I’ve been coming in over the summer to help out at Quietroom.

I’ve always loved writing, but particularly analytical and journalistic writing, so Quietroom seemed like the perfect place for me to do work experience. During my time here, I’ve mainly been working on a blog post on climate change, and the best way to talk about it with young people. I’ve also made some tea, organized the stationery drawers and sat in on some really interesting meetings. Everyone here at Quietroom has been super nice and helped me develop my blog and writing style, and I’ve had a lovely time here.

Just so we’re clear, I’m thirteen myself. This article isn’t about patronising people my age; it’s about how to get a message across to us in a way that we can relate to.

With climate change becoming a more urgent issue, many organisations are trying to get young people to work towards slowing it. And they all seem to have a different approach to getting young people on board. But, is the way they phrase their arguments as good as the cause? There’s only one way to find out – let’s have a look at their successes and failures, and what makes them succeed or fail.

The Catholic Agency for Overseas Development is a charity organisation working to end poverty and injustice across the globe. One of their volunteers wrote a blog about the global effects of climate change.

She wrote, ‘Can you imagine if you lost your home and everything you own? Losing a loved one? Being afraid to return to your home in case it crumbled over your head? Can you imagine not knowing when you will next have food to eat or water to drink?’

‘Does it look like the ice caps are melting?’ Or: ‘the problem with too many questions.’

Now, I love me a rhetorical question – who doesn’t? – but once you use more than three in a row it makes the writing a bedtime story rather than a persuasive piece. Honestly, I dozed off after the second or third. Many would do the same. It gives them information they already know, and it’s boring.

Another way of getting the same point across would be ‘Imagine you lost your home. Everything you own.’ It’s snappy and it’s direct. The breaks between the sentences are powerful because the sentences are so short.

Don’t you think we should investigate the ice caps to check for signs of melting to work up a healthy appetite for lunch so that we eat well so we have energy for the afternoon? Or: ‘The problem with long questions.’

The sentence ‘Being afraid to return to your home in case it crumbled over your head?’ is too long to work as a rhetorical question. We use rhetorical questions to make the person at the receiving end think about the answer, and as a persuasive technique. They need to be concise and to the point to have a proper impact. First off, this one’s just got too many words. But it also talks about two different ideas.

Why not split it in two: ‘Being afraid to return to your home? Fearing it may crumble over your head?’

‘I really think you should re-write every piece about ice caps ever written – within the hour.’ Or: ‘the problem with (big) problems’

When we’re faced with a huge, complex problem, we tend to block it out of our minds instead of dealing with it. This is partly because we’re afraid that if other people don’t help us, we won’t be able to make any difference. It’s simply easier not to think about.

It would make more sense to focus on what we can do to slow climate change, instead of only talking about the problems. It’s the same technique that a lot of charities use – ‘Just £3 a month could pay for 10 children to be vaccinated’. They use it for a reason.

A young activist who went with his school to eco-friendly community Othona, said ‘Othona was a great example of how we can save energy and limit climate change. Powered by solar panels and wind turbines alone, it doesn’t take any electricity from the national grid – but it still has Wi-Fi!’

So hot the ice caps have turned into steam

To start off, the order of the ideas in the paragraph make them easy to read and understand. It starts with a reason: saving energy and limiting climate change. It gives the simple actions required to do this: using wind turbines and solar panels. And then it reiterates the original point: saving energy. This makes sure the reader takes in the big idea properly, while also giving examples of how to do this, without being repetitive or patronising.

He also scores points for talking about what’s going on now instead of talking about abstract effects on future generations. If he’d talked about invisible concepts, it would be much harder to digest. It’s a challenge to differentiate between invisible and non-existent, and we often confuse the two. Intangible concepts like climate change are hard to grasp, so we’re even more likely to brush them under the carpet. We only want to think about problems we can solve now.

The far away future is always difficult to comprehend, but especially difficult for young people. We haven’t planned our future, or achieved those future plans – we have very little experience of long term planning and outcome. So we stop listening when it’s being explained – we can’t process the information properly.

Direct suggestions are much more relatable for us, such as ‘don’t charge your phone overnight as it uses an unnecessary amount of electricity and money’. It’s much better than talking about complex and vague terms as we have a personal understanding of it, and is much harder to ignore.

So, next time you happen to be planning a school assembly on climate change, remember: keep it simple, close to home and never forget that less is more!