‘Refugees welcome’ – the crisis of terminology 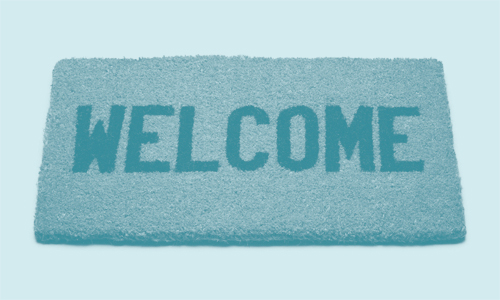 ‘Refugees welcome’ posters are all over the news. They’re in football stadium crowds, they’re on the wall of that café in Leeds. Two words, and one important meaning. ‘Welcome’ is an almost universally recognised word – you probably know it in multiple languages. Bienvenue, willkommen – are you a good linguist or have you just heard that Cabaret song? It’s a comforting word, it’s inviting. And as for the word ‘refugees’, well, even without a formal definition, we know it means people who need help. So there it is, people who need help are welcome. Simple.

But it’s not that simple.

The Oxford English Dictionary defines ‘migrant’ as a person who moves to live in a new country. The BBC’s suggested it’s a neutral umbrella term – ‘refugees’ move from one country to another too, so they fall under it. But for al-Jazeera, it’s ‘a tool that dehumanises and distances’. They’ve stopped using the term altogether.

The UN High Commissioner for Refugees defines refugees as ‘persons fleeing armed conflict or persecution… for whom the denial of asylum has potentially deadly consequences’.

But apparently a few metres can turn a refugee into a migrant. Refugees are forced to flee their home, but if they flee through one country and on to another – say from Hungary to Croatia – then they’re migrants. They’re the same people, but crossing one more border means a new label. And one that tugs on a very different cord. Refugees just sound like they need our help more than migrants.

Here at Quietroom we often talk about the power of using words that resonate. Think about the word ‘seaside’ – what does it bring to mind? And then the phrase ‘coastal region’? To me, the first one’s about buckets and spades, holidays and picnics. The second’s about geography field trips, maps and hard-core hikers. They mean the same thing, but they have very different effects.

Now I’m not saying that ‘refugee’ and ‘migrant’ mean the same thing, even though the lines seem well and truly blurred. I’m just emphasising the different effects they have.

There’s a crisis here. And I don’t know what to call it. At its Greek root, ‘krisis’ means ‘the preference of one alternative over another’. We’re stumbling over which term we prefer to use – so we’ve literally created a crisis of terminology too. And it’s the wrong crisis to be preoccupied with. The only thing our labelling does is distance us from the people behind those labels.

Ahmed is facing this journey alone.
This is a tweet from Save the Children. It’s about a human, an individual. Not a label. Is he a migrant? Is he a refugee? Does it matter? He needs help.

Fatima, five, and Heba, seven, fled Syria with their family. Their boat almost sank crossing the treacherous Mediterranean.
Even just their names resonate more than ‘refugee’ or ‘migrant’ could.

Save the Children, along with the band Crowded House, have released a campaign single in aid of this crisis. In the music video, there’s a bit where a boy talks to the camera. The subtitles translate: ‘I used to think and say to myself, what does the word ‘refugee’ mean?’

Finally, I thought, here comes a definition I can use for this blog. But what follows this question is minutes of distressing footage – people fleeing, running, shots firing, border controls pushing, and other more disturbing things you’ll have to watch for yourself.

And then this boy appears again: ‘So now I know what the word ‘refugee’ means.’

Right. I still don’t. But I’m shocked by this footage.

There’s no written explanation. There are no words to describe it. And it’s the best definition I’ve found.