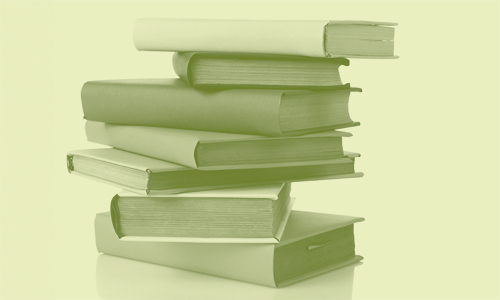 To get you in the mood for the return to school, we offer eight reviews, in 100 words or less, of books we love.

Grief is the Thing with Feathers, by Max Porter

A strange, profound, and moving meditation on love and loss, Grief is the Thing with Feathers shifts between the stories of a grieving widower, his two young sons, and a visiting crow. Plot takes a backseat – it’s the way the tale’s told that’ll shake you. Language and structure are tipped upside down in a depiction of grief that’s at once real and surreal. Over its 128 pages, it stitches together scraps of memory and metaphor in a way that’ll challenge whatever you think a story should be. If you’ve ever loved or lost, it’s sure to stay with you. Emily Bate

The Nobel Prize-winning life’s work of pioneering psychologist Daniel Kahneman, this book will change the way you think about yourself and the world. It’s an involving read, with as much interest to be found in Kahneman’s recollection of his relationship (and long walks) with colleague Amos Tversky, as there is in his insight into decision making, risk taking and happiness. The genius of the book, though, is the way he enables you to discover his theories for yourself with an array of simple tests, exercises and examples that reveal you’re just as flawed and irrational as everybody else. Rhys Williams

A Week in December, by Sebastian Faulks

Some critics called it a State-of-the-Nation book, others a Dickensian sweep of modern day London. I say it’s a dark, gritty Love Actually, with a chunky dose of fraud, schizophrenia, and terrorist threats thrown in. Over seven days, and across countless London locations, we see the storylines of seven different characters weave together. And what connects them? Their hopes, loves, dinner parties, as well as their self-deceptions, a preoccupation for the un-real, and a Tube train driver whose Circle Line train joins their lives together in a daily loop. Read it for the fine line between reality-check and escaping-reality. Caroline Hopper

Made to Stick, by Chip and Dan Heath

Most of us get bored halfway through business books. And you will with this one. The good news is, by then you’ve already milked it for its sugary lactose goodness and returns are diminishing. In the first half (maybe two thirds) these boys give you loads of intelligent ways to become more engaging, compelling and persuasive. They support their ideas with stories and popular science that you can share down the pub. If you need people to buy your stuff, vote for your party or change what they’re doing, this is the perfect toilet read. Vincent Franklin

Sixty years old and still controversial, Lolita tells of middle-aged Humbert Humbert’s obsessive, violent love affair with his twelve-year old stepdaughter. It’s a dark and monstrous tale. But it’s also moving, fevered, comic and intensely lyrical. Here’s a writer who’s having an absolute ball with language. But perhaps the most masterful thing about Lolita, is how much empathy you’ll feel for Humbert – a paedophile, a child abductor, and a murderer. That’s what the best stories do: mess with your moral centre so much that you’re left wondering ‘who am I and what do I stand for?’.  Clê Morse-Privett

After suffering a nationally televised panic attack, news anchor Dan Harris started a conversation with himself that he’d been putting off for a long time. ‘10% Happier’ is the story of how a professional sceptic learned to meditate, and a guide to how meditation might help you focus a bit more in your work, get a bit healthier and tell the voice in your head where to go when it starts being a jerk. Or maybe the copywriter in me just loves that title – ‘10% Happier’. All-or-nothing goals don’t work. But 10% happier sounds do-able. And that’s the first step. Russ Hope

Yuval Noah Harari stopped me in my tracks. I was walking on the Heath, listening to him talk about homo sapiens’ place in history  and had to sit down to consider the power of what I’d just heard. His ability to link ideas is dazzling. Harari juggles anthropology, history, politics, economics, science, culture and philosophy across millennia with ease. He talks about gender, religion, climate change, artificial intelligence, animal rights and the myths we live our lives by. Though he’s a towering thinker, his defining quality is his desire to share ideas. It makes you want to share them too. Mark Scantlebury

Start With Why, by Simon Sinek

This book is a hugely convincing argument for how to talk about your business. Loyal customers buy the ‘why’ of a brand rather than the ‘what’. They love the brands they love because of what the brand stands for, rather than the things it sells. Sinek’s central example is Apple. Apple is not a computer company. It’s a company that believes in thinking differently. They also make stuff – which their loyal customers lap up. But, says Sinek, those customers don’t do that because they prefer Apple’s products over other companies’. They do it because they believe in what Apple believes. Simon Grover