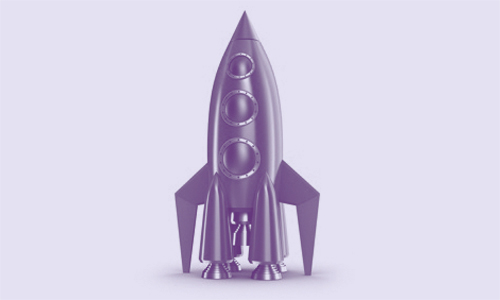 The People’s Trust closes its share offer at noon today. Here’s why the idea appeals to Rhys Williams, our Strategy Director.

This time last year, I worked with former Chief Executive of the Investment Association, Daniel Godfrey on the launch of his new investment trust, The People’s Trust. Back then, he was looking to crowdfund his set-up costs. I’m not saying it was touch and go, but there was no guarantee he’d be successful. Yet, he raised £115,675 in under a month. 2,400 founders backed the business – including me.

How did he do it? I think there were a few factors. Daniel’s an impressive person, who thinks deeply and incisively about things, and talks powerfully and persuasively too. He’s got a great track record and a high media profile. But I think it’s the idea that really captured people’s imagination.

Today, he’s hoping it will help him raise £125m. If he hits his target, shares will begin trading on the London Stock Exchange on 17 October.

I think it’s an idea whose time has come. Here are three reasons why it appeals to me.

1. There’s a purpose beyond making money

Many argue that a business only needs one purpose: to make money. Others argue that making money fulfils the same function for businesses as breathing does for people. We can’t survive without doing it, but there must be more to life than that.

I’m with the others. I’m drawn to businesses with a purpose. I want to buy from them, I want to work with them, and I want Quietroom to be one.

That purpose doesn’t have to be a big ideal. In fact, that can even get a bit ridiculous if you’re not careful. There’s an American business which aims to ‘make every brand more inspiring and the world more intelligent’. That sounds thrilling until you realise they make sticky labels.

It’s enough to just spot a problem and want to solve it. Daniel’s diagnosis of what needs fixing in the investment industry is compelling. Incentives force investment managers to think short-term. That forces businesses to think short-term too. That means businesses focus their attention on cutting costs instead of creating value, and as a result, investors get less. The premise behind The People’s Trust is that if investors think long-term, businesses will too, and investors will get more. The People’s Trust will have a target of 7% p.a. over rolling seven-year periods, giving managers freedom to back businesses that invest in sustainable wealth creation. So far, so pragmatic.

But Daniel’s idea does have an idealistic dimension too, though. His hypothesis is that businesses that think long-term invest in innovation. They create jobs. They pay taxes. Those taxes fund schools and hospitals and public libraries. As well as making individuals richer, this makes our communities and our society stronger.

That ‘As well as’ in my last sentence is all important. It’s not one or the other. It’s both together. There’s a term in social enterprise which has stuck with me over the last few years: the “double dividend.” Few of us would be happy to become rich if society was poorer as a result. Yet, few of us want society to be rich at our expense either. The appeal of the double dividend is that we can have both. That’s why we articulated the purpose of The People’s Trust as “Better returns for investors and a better impact on society.”

2. Rather than being retro-fitted, this purpose is baked in from the start

There’s been a trend towards purpose-driven businesses over my working life. It’s played out a bit like this:

The first stage is untrammelled capitalism. The middle stage is corporate social responsibility. The third stage is 1984.

Let’s linger on CSR for a moment.

At one end of the spectrum, corporate social responsibility seems to mean allowing staff to stage a fun run for a tree charity of their choice. At the other end, it’s setting up sustainable tree infrastructure anywhere trees are in danger. I have no problem with either of these obviously laudable activities, but they do miss the point rather. They’re based on a flawed premise for me: the idea that business is inherently bad, and so therefore we must atone for its inherent badness by doing something good on the side.

What if doing ‘something good’ was the whole point? Instead of spending our energy mitigating the damage we do, how about we try not to do any damage in the first place? Or even better, try to do some good?

I’m not saying this because I’m some kind of pinko hippy, even though I obviously am. I’m saying it because I think businesses that have a higher purpose beyond making money will make more money.

Here’s one of the reasons why.

PR company Edelman did some research at the back end of last year, and it was pretty chilling. It showed that we’re experiencing a total collapse of trust in the institutions which shape our society. No one from the press to our politicians to our chief executives was immune to the trend. In the UK, trust is at an historic low – and in the two-month period between Edelman’s fieldwork starting and ending, the score plunged by 11 percentage points. I can’t remember what was happening last October but it must have been really bad.

But when Edelman spoke to the people who most felt the system had failed them, 53% said that the best thing businesses could do to win back their trust was to address society’s needs in their everyday business activities. Businesses like Vitality (a client of Quietroom’s) get this. The CEO of their parent company Discovery talks about ‘shared value’ a lot. It’s a term coined by Michael Porter. It can basically be boiled down to one thought: it’s not purpose or profit, it’s purpose then profit. When you do good, you’ll make more.

We’re back to the double dividend.

3. The purpose of The People’s Trust unlocks another opportunity – making money more meaningful to more people

This is a subject close to my heart, as it’s Quietroom’s purpose. We think that when more people can join the conversation about ‘difficult’ subjects like money, health, energy and society, we’ll all be able to make better decisions about the future. One of the ways we can involve more people is to show them where their money goes, and how it makes them powerful.

We’re all investors these days, with our ISAs and our automatically-enrolled workplace pensions. But few of us think about what that means.

We get the idea of collective buying power. If enough of us vote with our feet (or more accurately our wallets), we can make the best companies flourish and the worst ones flounder.

We get the idea of collective bargaining power too. If I want free tartare sauce at work, I can ask Quietroom to start supplying it. But because I’m only one person, and I ask for a lot of stuff, I’m easy to ignore. If everyone asks, we have more chance of getting the result we want. We can even withdraw our labour to show Quietroom how serious we are. No sauce, no strategy, our placards will read. I hope it doesn’t come to that.

The argument we’ve tried to build for The People’s Trust is this. When you invest, your money is pooled with that of other investors. It’s used to buy stakes in companies around the world. That makes you more powerful than you realise. You can influence the way those companies use your money. You can hold their executives to account, and change the way they behave. You can decide to pull your money out, or not invest it in the first place. If you and your fellow investors decide that you will only invest your money in companies that pay their taxes, protect the environment and lobby with integrity, then those companies will be the ones to succeed. Their competitors might have to change their practices to win your investment. If enough companies change their practices, well, maybe the world will be better.

Yes, it’s the double dividend, again. I only have one idea.

So that’s why The People’s Trust appeals to me. It gives me something – 7% a year over rolling seven year periods. It solves a problem – short-term thinking from investment managers and company executives, that means I get less. It helps us win back the trust of people who think businesses have failed them, meaning more of them will buy from us, work for us, and invest in our future. And it paves the way for a better society, by harnessing the power of ordinary investors to change the way companies behave.

So technically, that’s a quadruple dividend.

If this ticks your boxes too, you can invest – but you only have till noon to do it. Go to The People’s Trust website to find out more.