Lessons on complexity from kid’s TV 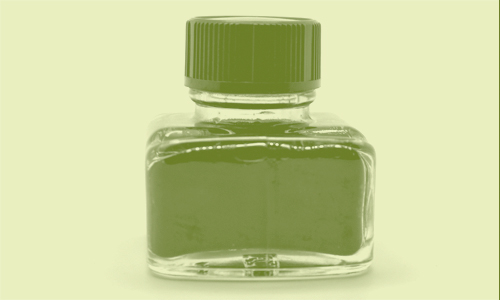 [et_social_share]
Here are four techniques we can all apply to make tricky subjects easier to understand.

A journalist once told me that the most challenging writing he’d done was for young people. As he’d been a foreign correspondent for a broadsheet newspaper, this was a striking statement. But I’d done a fair amount of writing for children and young people myself over the years, so I knew what he meant. Writing for young people forces you to choose your words even more carefully than usual. You can’t assume knowledge and you have to be clear.

I was reminded of this conversation when Rhys, our Strategy Director, spotted that people on his Twitter feed were citing BBC Newsround’s piece What is happening in Catalonia as the best explanation they’d seen on the subject. So I thought I’d take a look at some of the things that make it work.

1. It assumes intelligence, not knowledge

The Catalonian situation is complex and its origins go back centuries. Most reports pick up the story as though readers have been following its twists and turns over the years. This means readers are often left knowing what’s just happened, but not why it happened.

Newsround’s piece doesn’t assume readers have this background knowledge.  It sets out the context to the crisis, but without patronising. And it does this using the tried-and-tested stylistic tricks below.

The piece is structured under headings that reflect the reader’s point of view and answer questions they may be asking. Headings like ‘So what happened recently?’ and ‘So what happens now?’ are exactly the type of thing someone might ask a knowledgeable friend. And the ‘so’ at the beginning of those headings reinforces that friendly, conversational feeling.

The sections don’t just give information, they tell a mini story of their own. For instance, under the ‘Why the referendum?’, the writer goes from the idea that some people think Catalonia should be independent to the fact they also think they should vote on the issue. From there, they move to growing pressure on the Spanish government to hold a vote. Finally, they explain that politicians who support independence won the 2015 regional election. These politicians promised the region a referendum Spain would have to act on.

By making the sections self-contained, the writer makes the story easier to understand and easier to remember.  And it also means you could stop reading after any one of them and still feel informed.

4. It weaves explanations into the flow of the writing

Explanations and definitions are great, but they can make us feel like we’re back in the classroom. Weaving them into the flow of the writing means the readers gets what you’re talking about without feeling patronised.

The Newsround piece talks about ‘the Spanish region of Catalonia’ not ‘Catalonia, which is a region of Spain’. It says ‘But when the dictator General Francisco Franco ruled Spain from 1939 to 1975’, not ‘General Francisco Franco was a dictator who ruled Spain from 1939 to 1975’. This means we get the information we need without noticing that the writer’s explaining something. Those who don’t know where Catalonia is or who General Franco was will be informed. Those who do, won’t feel patronised.

Add to these, the BBC’s regular clear, conversational style and Newsround is on to a winning formula. It’s even got one of Rhys’ Twitter friends saying, ‘Newsround might have to become my main news source’. There may be many other adults who’d agree.