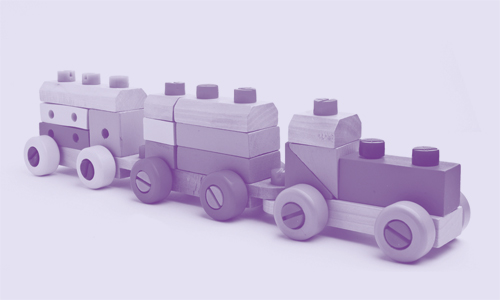 “The train now standing at platform 4 is the 11.35 service to Exeter.”

This is how train companies announce trains. They tell you the platform number, then the time of the train and finally the destination.

It’s bonkers. Why? Because, standing on the concourse at Paddington Station, the one thing that a passenger almost certainly knows, is where they’re going. In this case, Exeter. They might know what time their train leaves. What they almost certainly don’t know, is which platform it leaves from. That’s why the station makes announcements.

But the passenger doesn’t know if this announcement is for them until the end – when they hear the destination of the train. Now, our brains can’t possibly process all the information that we encounter – especially at a busy station. We filter stuff out. So, the passenger is probably unconscious of this announcement until they hear the trigger word – ‘Exeter’. It’s a trigger word because it’s one they know, it’s something they’ve got half an ear out for, even when they’re doing something else. But by the time their attention is triggered, they’ve missed the information they need – the time and platform. This information was at the beginning of the sentence, when they weren’t listening.

It’s an easy fix – “The train to Exeter, leaving at 11.35, is at platform 4.” They hear the word ‘Exeter’, so know it could be an announcement for them. They then hear the time the train is leaving – yes, that’s the time their train is supposed to leave. And finally, they get the information they need – where to go to catch their train. Simple.

This is a perfect example of how organisations fail to think of their communication from the other end – what their customer needs. Instead they let their processes drive the order of information – their business is platforms for trains, so that’s where they start. But their customer’s business is destinations.

At a micro level, this is just about how we order ideas in a sentence or a paragraph. We need to start with something our customer knows or cares about and then move on to the things they don’t know or care about. But at a macro level it’s about how organisations talk about the subject they’re obsessed with – the subject they exist to promote – health, finance, tax.

Let’s think about pensions, just as an example. So much communication talks about things the customer doesn’t know or care about – how money goes in, how to change the amount they ‘contribute’, how to change how it’s invested. Instead, companies need to start by talking about all the thing that a customer is interested in – having more money when they’re older – and then explain how to get there. Think of ‘money to spend when you’re 70’ as a destination, like Exeter. Then tell people how to get there – the platform they need, the changes they need to make and the time of departure.