Diversity is more than a buzzword 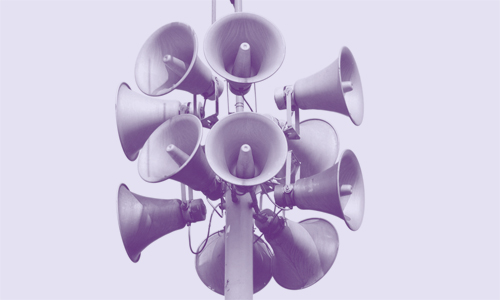 Recently, ‘diversity’ has become a buzzword in business. The problem is buzzing tends to become noise, and noise gets ignored. But diversity is too important to ignore. Especially in the world of finance, the more people you include, the more everybody has to gain. A more diverse staff means diverse ideas, and this is crucial when communicating difficult concepts to broad audiences.

This is why we, as specialists in communication, invited Kamel Hothi in to speak to us on the importance of inclusion and diversity. Kamel took us through her personal story as an Asian woman rising through the ranks of the banking sector. She told us of her early days as a cashier and how she unwittingly became the nucleus of the Asian community as people began to realise she could speak their language. Then, we followed her ascension into directing 2500 bank branches across the country and spearheading charity initiatives. Her story is a humanising expression of the difference inclusion and diversity can make. When a few key people at different points in her career took a chance on Kamel, not only did they discover a special talent, they also gave her confidence and courage in a society that was largely uninterested in giving minorities confidence or courage. “That job was more than a job for me,” Kamel explained, after sharing a harrowing account of growing up in a racist Britain and having a difficult home life. “It was my survival. These people listen to me and they make me feel stronger when I go out there.”

And that’s the point.  Of course, business-minded people should care about inclusion and diversity for the vitality of their businesses. Different people bring with them different ways of thinking and the ability to speak to different worldviews. Say, for example, you’re trying to get more people interested in investing. Investing can be inscrutable and daunting.  You’re not going to engage anybody without understanding their outlook and concerns – and a more diverse staff means a more diverse group to draw on to get that understanding.

But beyond that, inclusion and diversity matter for their human effects. Kamel’s talk touched us not for the prospect of increased gains in profitability. It touched us because it bridged a gap we might not have otherwise noticed was there. We should want to actively include women and minorities because women and minorities have too long been excluded. There lies a mutually beneficial wealth of opportunity just waiting to be tapped.

Kamel Hothi OBE is a non-executive director for a number of organisations, including TLC Lions, a company dedicated to creating more emotionally engaged workforces.

Next: How to keep calm and talk about emotional stuff