Are you getting your comms ready for the future? 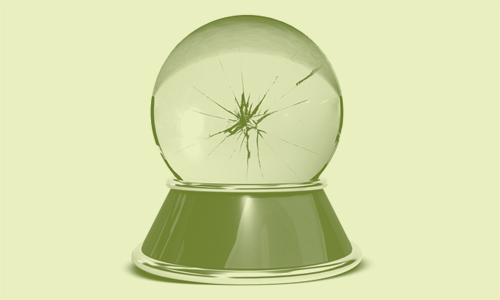 Great communication is a moving target. Aim for where it is now and you’ll miss the mark.

The first email was sent in the 60s.

The first commercially available mobile phone was released in 1983.

The first smartphone came out in 1994.

The first video was uploaded to YouTube on 23 April 2005, before my children, its biggest fans, were even born.

So, if our conversations about the future of communication are to do with going digital, going mobile, optimising for smartphones, or producing video for YouTube, isn’t there a risk that we’re preparing for a past that’s long gone, rather than getting ready for a future yet to come?

Here are four things we’re thinking about as a business, to help us get ready for the world that’s coming.

Once we put pen to paper. Then we put hand to mouse. Before too long, it was finger to screen. But within the next few years, even that will begin to feel too slow. We’ll be using our voices, our eyes and maybe even just our minds to interact with the world around us.

Take healthcare as an example. Amazon won a patent in 2018 that can identify your physical and emotional state. If it hears you coughing, it will prescribe you cough drops. Consider that Amazon have also acquired Pill Pack and you get where this is going. Then there’s therapist service The Difference, which allows users to connect with a therapist through Alexa, with no appointment necessary. While you’re waiting for your therapist to arrive, it’ll play you a guided meditation. Eventually, the smart device might become the primary way you interact with everyone, your first port of call for getting stuff done. Microsoft’s Cortana assistant can already diagnose with greater accuracy than a human GP, based on symptoms alone. But it can also call the ambulance, brief the doctor, and book your bed, meaning the humans have more time to look after you.

Where do we go after that? Well, this time last year, researchers at the University of Minnesota announced they had prototyped a 3D-printed light receptive array – or bionic eye, if you will. It converts light to electricity and they hope over time it could restore sight to people who are blind. Then there’s the Teslasuit, a full body haptic suit that uses electro-stimulation to provide users with physical sensation, in a piece of news welcomed by deviants across the globe. In a live demo recently, they got one Wasps rugby player to tackle another from 100 miles away. In July this year, Elon Musk’s startup Neuralink announced plans to implant the first brain-computer chip in a human by the end of next year. At first, they want to understand and treat brain disorders. But ultimately, they want to enhance human brains.

Put all this together and you can see the direction of travel. We all want to spend less time and effort getting the things we need. As communicators, we have to be looking for every possible opportunity to reduce friction and effort, and to increase connection. Technology is just there to help us do it at speed and scale, for a lower cost.

It was both: an interactive story where viewers made choices on behalf of the main character, who himself was adapting a choose-your-own-adventure book into a video game. It was made possible by a bespoke program called Branch Manager. Branch Manager maps out all of the possible paths through the tale via a system of flowcharts, and also keeps track of viewer choices. It’s now available to anyone who wants to create interactive narratives on Netflix. And like everything else on Netflix, it generates an extremely valuable stash of data and insight on what people like and how they behave – so much so that in February, a researcher asked Netflix for the data they stored on him under GDPR. Another team of researchers concluded that Netflix would be able to tell what food and music people liked, but also more sensitive information like viewers’ affinity to violence or their political preferences.

Why is this interesting to us as communicators? Because the same techniques Brooker and Netflix used to grab viewers’ attention, involve them in the story, guide them through a complex network of choices, and glean insight from them are just as useful to us when we’re trying to do the same. In the areas we work in – from pensions to long-term insurance to healthcare – we’re always struggling to encourage people to project themselves into a future they’d rather not think about. But now imagine a story that allowed us to experience now some of the difficult choices we might be faced with later in our lives. We could make financial choices, or lifestyle choices, on behalf of a character. Or, with ‘deep fake’ style visual trickery, we could see ourselves on the screen instead. Make the choice, experience the consequences, simulate the future, then return to the present to live it for real. We think there’s loads of potential here – not just to engage people, but to discover more about how they think, how they make decisions and how they learn.

Already, there are smart bottle tops on the market that prompt you to hydrate, track how much you drink, and reorder water for you when you run out. There are tablets that tell your doctor when you’ve taken them and contact lenses that tell your health insurer how well you’re managing your diabetes based on the blood sugar in your tears. There are smart beds that cool you down if you’re too hot at night or boil the kettle for you when you start to stir in the morning. Connect everything up, and you can learn a lot about yourself. Would you like to know how long you spend in meetings, how much of that time you actually spend reading your emails, and what happens to your blood pressure? It’s all possible.

Data like this is engrossing to us. It promises to tell us things we know about our own lives. But it’s also engrossing to the organisations we deal with. They use it – to find out about us, to understand what we need, and to give us more of what we like. We might feel a little queasy about how much they know about us, but we get over that quickly when we experience the benefits it unlocks. Better health. A better night’s sleep. A nicer start to the day. Insight into things that make us happier. More prosaically, it unlocks messages and recommendations that are unique to us. It makes mass personalisation possible – not just communication that’s tailored (though that’s a big step forward), but also exercise regimes that are based on our DNA, personalised supplements based on the micronutrients missing from our blood, personalised beauty products based on the health of our skin.

What are the implications for us as communicators? Well, we need to look at the data we’ve got and make better use of it. And we need to collect any data we might be missing. It doesn’t have to be hard numbers. It’s also useful to know how people feel about their interactions with us (the equivalent of the smiley faces next to airport queues, or thumb emojis under Facebook posts).

The rise of the machines has prompted a fair amount of alarm amongst people of working age. How will our jobs change? Will they even exist? While the received wisdom is that creativity, imagination, empathy and emotional intelligence will be the hardest skills for computers to master, there are parts of Quietroom’s work that we can see changing already. But we prefer to see it as an opportunity rather than a threat. Everything the algorithms do for us is something we don’t have to do for ourselves. In the time we save, we’ll do things that make us happier and add more value for our clients.

Again, there are lots of opportunities.

Algorithms can change the way we read. IBM Watson can analyse tone and personality, for example. It’s not a substitute for the sort of close reading we do, but it can help us generate some hypotheses or validate some assumptions. It can read and analyse more text than we could ever manage and do it all in the time it takes us to make a cup of tea (we have a very slow kettle).

They can change the way we write. In May 2019, Microsoft announced a new feature for Word that suggests more inclusive terms when writing. Besides analysing spelling and grammar, the feature gives you suggestions for more inclusive language you might use – such as “police officer” instead of “policeman”. There’s a Gmail plug in which will make your emails more assertive (by removing ‘unnecessary words like sorry’, it claims – proof that not all innovations qualify as improvements).

They can change the way we interact. Research shows that people are happier asking a bot basic questions, because they know it won’t judge them. We can see a future for Quietroom where we’re putting brilliant explanations of complicated things into the mouths of virtual assistants and chatbots more than websites and emails.

And they can change how we build our understanding of the people we’re here to serve. We’re piloting a linguistic model, along with the brilliant Digital Forensics and Data Science people at insight agency Flamingo. The model reads social media posts from consumers about the subjects we’re interested in. Using machine learning, we’re clustering the words people use when they talk about money, for example, and looking for patterns in the data that we can visualise, from the way the conversation changes over times to which words are more likely to appear together. It’s a new way to understand what matters to the audience we care about. It helps us understand what their thought processes are, how they feel about the sectors we work in, and how they feel about the clients we work with. I have never been a fan of reading the bottom half of the internet. Now I don’t have to, because the algorithm does it for me.

That’s how we see artificial intelligence changing our work. It won’t replace us, it will teach us to be better. By picking up some labour-intensive parts of our work for us, it will free up time for us to do things that make us happier and our clients more successful. Not so much AI, as IA: an Intelligent Assistant.

We need to stop trying to catch up with the past. It’s moving too quickly for us. Instead, let’s look forward and leap ahead. Our audience will expect nothing else.

Why ‘default’ is a faulty word.

Video: Why designing for excluded groups makes things better for everyone.