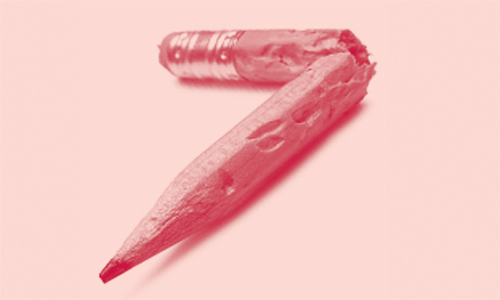 For people to trust you they need to like you and think you’re competent. Here’s why the financial services industry is missing both marks, and how we can do better.

Why people trust other people

How do you earn it? Well someone will trust you if they think you’re competent and if they like you. So they need some evidence that suggests you’re good at what you do. And they need to feel a personal connection – that you seem to be part of their world, a bit like them, someone they’d be happy to spend time with.

Someone once told me they decided what to do with their pension by asking the guy who runs their local chippy. He makes cracking fish and chips. He’s a lovely, ordinary bloke. And he gives you ketchup sachets for free. Competence + likeability. So people trust him and what he has to say.

When people are getting financial advice from a chip shop, we can begin to see where we in the financial services industry are going wrong. The communications our audiences receive about us give them little reason to like us or think we’re any good at what we do. And we always charge extra for ketchup sachets.

Why people don’t trust us

Why don’t people think we’re any good at what we do? Because they have no tangible evidence that we are. We don’t drive a bus or teach kids or mend shoes or grow apples. Something other people can witness or get a sense of. What we do is invisible and unimaginable. Unless people think of us all as aggressive stock market traders. Let’s hope not. Most people’s ‘evidence’ for what we get up to is the personal wealth some of us parade (despite our promise to make customers better off) and the constant media tales of bad service and scandal.

And why don’t people like us? Because we give them no reason to. We’re like a party bore, spouting incessantly about ourselves and our processes and our products, instead of having a proper conversation in which we take a genuine interest in the person we’re talking to. We have invented a sprawling, complex language in order to sound clever and important. If we ran a chippy we’d offer ‘elongated starch-based comestibles’. People don’t like that. They like to hear words that they would use themselves. They like people who seem to be their equal, not superior. And they like language that sounds like it comes from a fellow human, not a faceless corporate monster run by cyborgs.

How to show we’re good at what we do

Of course, our industry does do a lot of good. We help people have more comfortable lives after work. We help them save for special occasions. We protect them from life’s unexpected shocks. We make possible pretty much everything you see when you look out of your window. What we’re not good at is bringing that to life, telling those stories.

There’s a great opportunity to talk about how financial services connect to real things around us. Pensions and investment people are just starting to do that, talking about the great things that your money is doing while it’s growing. Let’s tell stories of people winning at life thanks to us – the happy pensioner, the insured accident victim, the thriving business. Advertisers tell these stories for individual banks and insurers, but we could do it much more as an industry.

As well as telling good stories about the people we help, we could tell good stories about ourselves too. I always encourage pension trustees to put photos and little articles about themselves in their newsletters, so members get a sense of who they are. Again, advertisers know about this, always showing us smiling bank cashiers and sympathetic loss adjusters wading through someone’s flooded living room. Anything to balance the narrative of Lotus-driving louts.

How to show we’re likeable

To build trust, we need to stop talking like we are, and talk like, well, a normal person. If you transcribe the words of an average person talking you’ll see a very different language from ours. You’ll see short sentences, each expressing one idea, rather than the endless commas, brackets and caveats that our industry uses. You’ll see lots of verbs, like ‘walk’ where we would probably use a ridiculous noun like ‘perambulation’. You’ll see short, meaningful words like ‘help’ instead of the soulless corporate standard ‘assistance’. You’ll see Anglo Saxon instead of French or Latin. And you’ll see lots of ‘I’ and ‘we’ and ‘my’ and ‘our’ instead of talking in the third person like the writer of this sentence is doing here.

It’s not difficult to communicate like this – we all do it every day when we’re not at work. But it can be hard to break the habit of corporate comms, and to convince senior people that it’s the way to win people’s trust. There’s lots of science to back up that it works. But it’s also just common sense. People will like you more if you stop talking like a robot and start talking like a person.

Transparency, as usual, is the answer. Let’s stop hiding behind walls, behaving like we’re separate from and superior to our audience. Let’s stop putting obscure and arcane language between us and them. And let’s take the mask off and be ourselves, like we’re chatting in a fish and chip shop.

Why ‘default’ is a faulty word.

Video: Why designing for excluded groups makes things better for everyone.