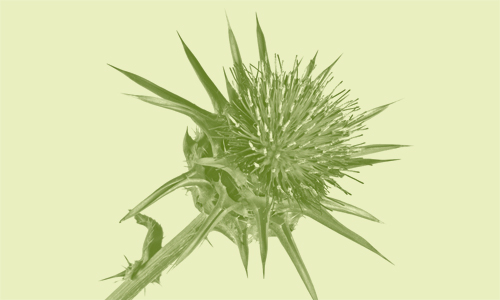 Most pension schemes aren’t businesses and don’t need to attract customers or fight for market share. So to trustees and administrators, social media can seem risky and unnecessary.

In fact, social media offers real advantages to pension schemes looking for ways to better engage with their members. But we need to pay proper attention to the risks, too.

4 reasons why you should

1. You can speak to your audience where they are

Trustees and administrators spend lots of time thinking about how to better engage with members. But the way that schemes operate makes direct conversations difficult. If comms pass through employers, they can get lost, delayed or distorted. If they’re on your website, they’ll only reach members who are reasonably well engaged already. If you post letters – well, who reads letters about pensions?

Whatever it is you want to say, you can say it more often, and to greater effect, if you say it where it’s most likely to be heard. And it’s more likely to be heard on social media than on any other channel available to you. At the start of 2020, 67% of the UK population was on social media. 71% of UK adults are on Facebook and 74% of those check their account at least once a day.

A social media presence gives you a direct channel to speak to members whenever you need to. It increases the likelihood that that they’ll see your message and take action. And it ends your reliance on employers to distribute communication for you.

2. You can drive traffic to the news and information on your website

If you’ve got information on your website, how much traffic do you get? You can hugely increase the potential audience for announcements, reminders, guides and videos by cross-posting it on social media.

Whatever impact you’re aiming for when you create a piece of content is amplified by your social media presence. So more members nominate a beneficiary, or check their account. And, if you’re trying to get more members to understand the scheme, and better appreciate what it gives them, your efforts will likely be more successful in this, too.

3. You can respond to members’ questions and problems publicly

People are used to finding organisations on social media to ask questions or report problems. Having a voice on social media means you can start taking part in public, real-time conversations – responding to queries with relevant, helpful information. This in turn helps you build more meaningful relationships with your members. And other members will see that you’re helping, and understand that that’s what you do.

A public dialogue can also reduce the amount of work and cost associated with responding to duplicate enquiries on ‘one-to-one’ channels (like email and telephone). Once a question’s been answered, it’s on the social media page for everyone to see. You can reduce the amount of time spent responding to the duplicate enquiries even further by using chatbots to reply to members’ direct messages about common topics – such as how they can find out the value of their benefits, or when they can expect to see their annual statement.

4. You can engage with members at difficult times

Some organisations worry that a social media presence gives people a place to air grievances. And it’s true that if a member is unhappy, they might talk about it online. But unhappy members could talk about your scheme on social media whether or not you you’re there to take part in the conversation. So it’s better to be there than not.

One large scheme experienced this when their members were told that their scheme was being restructured, and asked to make a choice about their individual benefits. A number of social media groups were set up by members, and many provided useful information and reassurance. But they were also used to spread suspicion and mistrust. The trustees decided not to engage with these channels or set up their own, because not all members use social media. An independent review said that this had been a ‘missed opportunity’.

3 things to watch out for

Social media feels like it should belong to the marketing and communications specialists. But certain content can touch other departments – like operations and compliance. This means that signing off content can get messy and protracted. But if content isn’t posted regularly, and responses to member interaction aren’t timely, much of the value of even having a social media presence in the first place can be lost.

A sign-off process needs to be defined and refined to make sure that there’s no loss of momentum. Different scenarios should be planned for. Business-as-usual comms can be straightforward. But what if a news story leads to a sudden surge in traffic? Simple, pragmatic policies will help you respond quickly and decisively to business-as-usual and unexpected situations.

In most organisations, more than one person will need to access social media accounts. In this environment, sharing of passwords can become widespread – which starts to defeat the point of having passwords at all. This can leave you vulnerable. How can login details be kept somewhere that’s both accessible and secure? What happens if someone with access to this information leaves ‘under a cloud’?

The best way to mitigate this risk is by using social media administration tools like CrowdControlHQ. These give everyone with a hand in social media management an individual login, and limit access only to people who’ve had the proper training and authorisation. Access can easily be expanded to new users or withdrawn from old ones.

3. Problems and grievances are more visible

When you set up a social media account and accept comments and questions from anyone, you will be exposed to complaints made in a public forum. You’ll also be exposed to any rudeness, belligerence and trolling. If your scheme is in the news, you could see a sudden, marked increase in the number of negative comments you get.

Different organisations deal with these problems in different ways. Some try and ‘shut down’ negative commentary by deleting comments and banning ‘difficult’ people. But audiences typically don’t react well to this kind of heavy-handedness and you could end up making the situation worse. Once again, it’s much better that you let your profile be a conduit for tricky conversations so that you can take part in them – rather than pushing them away to where you can’t.