‘Default’ is a faulty word 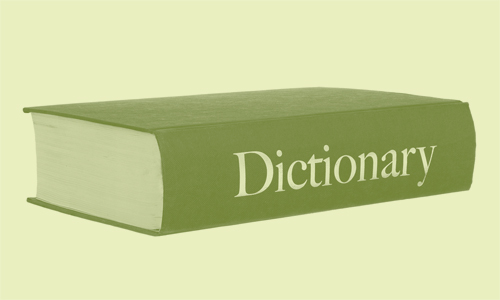 Most ordinary people associate the word ‘default’ with negative ideas like ‘failure’. So perhaps pension schemes should stop describing the place most members’ money is invested in as ‘the default fund’.

Words don’t live in isolation. They are connected in your mind with other words. They remind you of other things – they resonate. Look at what RelatedWords.org says are top words and phrases that have a ‘meaningful relationship’ with the word default:

If that’s not enough to make you doubt the word’s efficacy as a fund name, here are the first five definitions of it from a dictionary:

What we want our word to mean

4 of the 5 definitions above are about loss and failure.

3 are specifically about financial failure.

These are not the sort of ideas you want to bandy around in financial services, without good reason. And particularly not when what you are actually talking about is something that is supposed to reassure people. The default fund is the one the experts have designed to be fine for most people. It’s an appropriate place for your money unless for some reason you decide to put it somewhere else. For many or most savers it’s a good choice that should be encouraged.

Some words we could use instead

So what are the alternatives to this most inappropriate of words? We’ve had a think, and gathered the views of others too.

If you want to suggest that the default is what most people have, you might go for standard, ordinary or even classic. Automatic feels neutral but has the advantage of hinting at how the fund works – you automatically join it if you don’t choose something else.

Robin Armer at NEST suggests primary or principal as sounding more positive. Perhaps central implies the right level of security and popularity. Pension technology consultant Alan Chaplin suggests “main, usual, normal. Longer description: the fund we believe is best for most people.” Independent Director and Adviser Daniel Godfrey suggests primary selection or general option. Independent Trustee Andrew Cheseldine suggests automatic fund choice. Or optimum, though he suspects the lawyers wouldn’t like that. At a recent conference, Ros Altmann railed against the phrase default. She suggested expert choice – which I do like – and, half-jokingly, specially designed for you.

How to pair our word with self-select funds

If the alternative to the default fund is a phrase like self-select, perhaps our new word should work as a pair with that. Expert-select? If we are going for a matched pair, we could make that pair a metaphor that helps people get it, for example set menu and a la carte. Or automatic and manual. Or would it be more useful to rename both halves of this pair? The ITV DC Plan says hands on and hands off. Or should we drop the metaphor and go for the ‘what it says on the tin’ approach? For example, we invest it for you and you invest it yourself.

Some people have pointed out that the default fund is often not really a fund but a strategy, that moves between funds over time. Either way, if the word we have is an adjective it should be good for most situations: primary fund or primary strategy or primary approach, for example.

There’s only one way to settle this

So what’s the best word to replace default? It can’t be beyond the ability of the pension industry to agree on something better. Here’s the result of a quick poll we took on Twitter:

As co-authors of the standard annual statement, Quietroom might argue that ‘standard’ is a good choice. Personally, I might be edging towards automatic and manual as a good metaphor on the journey to retirement.

A friendly lawyer tells me there seems to be no reason that we have to call these funds ‘default’ – it’s just happened because that’s what they’re called in the legislation. One complication is that default funds can be the thing people get if they don’t choose OR the thing that at least 80% of people choose. So ideas like ‘automatic’ might not work so well in this second case.

What do you think?